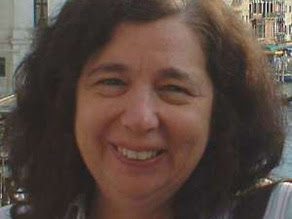 When the now infamous Danish newspaper cartoons ran lampooning the Prophet Muhammad, I was upset. While I wouldn't exactly call myself the most P.C. person ever, I feel strongly that it's never o.k. to mock something that someone believes is holy, even if you don't understand why they feel that way or even if you disagree with their belief entirely.

It's decency - not something that needs to be legislated or enforced - just something that, as human beings, we afford each other, like common courtesy. In an effort to achieve some semblance of peace in the world, we could at least try to have a shred of respect for our fellow man.

Having said this, however, I've been following the story of Gillian Gibbons, the Britsh teacher in Sudan who has been arrested and charged with inciting hatred, insulting religion and showing contempt for religious beliefs by allowing her class of 7-year-olds to name the class teddy bear Muhammad, a name that was voted upon by the majority of the students. No doubt, like me, Gillan's met a few Muhammads in her life and probably thought nothing of the children naming the stuffed animal a common Islamic name.

Apparently, this is not only not nothing, it's actually a crime punishable by whipping (40 lashes, to be exact), a fine and six months in prison. I guess Gillian must have been absent the day they taught that in cultural sensitivity training...

Needless to say, I'm positively baffled, and a bit disgusted, by the kind of religious extremism that deems this sort of punishment necessary for a pseudo-offense. This isn't about protecting the holiness of the Prophet Muhammad at all. It's about controlling people through fear and it is a gross perversion of a religion that is centered in peace, compassion and love of God (Allah).